The game takes place in 2092 and centers around DAN who work for ReWild, a company that own most of the species DNA on Earth to sell clones for food, zoo, sport... During one of his mission he will found a strange spaceship. This is the beggining of a great adventure  who will lead him through the universe.

The game comes as a ROM file, to play it you will need to download an emulator to your device. For PC users I recommend BGB Emulator and have included a config file in the folder for the best set up for the game. If you can run a GB/ GBC emulator on it you can run The First Project on it, during development it has been played on a PC, Mac, PSVita, GB, GBC, Android and even a Nintendo Switch

The game is also playable on an original Gameboy using a flashcart or other emulation cartridge.

The special edition of The First Project will come with a whole folder full of backgrounds, orignal sountrack and sprites.

BOOK SUPPLEMENT  : Add +5€ to the final price (Shipping will not change !)

How to grab one ?

Click on Buy button and Choose the line with your country

Send me a mail to tedtous@gmail.com or leave comment during order if needed

You will receive the rom too ^^

In order to download this game you must purchase it at or above the minimum price of 10.00€ EUR. You will get access to the following files:

Hi Ted, as promised via Twitter, please find some thoughts and comments about your game below (I think this page is better suited for feedback). I have recently completed the game via my Kickstarter cartridge and did enjoy it very much, but I think there might be some points to consider for upcoming projects (or if you feel like amending them in this) :)

- I love the music, but the looping sometimes seems to be off. Apart from the title screen (where, at a certain point, it devolves into a contiouus beeping), this happened specifically early on in the antenna area, were I assume the game expected me to leave quicker than I did. At least it got eerily silent while I read the notes in that room during the evacuation scene :)

- You should probably look into having someone proofread the English. While I never struggled to understand what was going on, it sometimes felt weird and sometimes outright off. For a game as story-centric as yours, this is a major drawback in my opinion.

- The story was very interesting to follow, but felt a bit rushed at the end (but maybe that's for a successor to tackle) - I wouldn't have minded reading MORE and playing LESS, I felt your game is very much a visual novel anyway :)

- In regards to that "playing LESS" above: I felt the more gamey elements (jump & runs, and such) were the least fun. This may be partially due to the relatively weak controls (the jumping, swimming, or spaceship chase for example) potentially coming from GBStudio, but generally saying, those could use some more work. Thankfully those sequences are nice and short :)

- That being said, though, your checkpoints (especially in the early half of the game) are awfully set :-D I had to retry the Mars caves and swimming scenes a couple of times, and it was extremely annoying to read through the introdcution and password screens every single time - might be worth thinking about chaning the checkpoints to AFTER these text boxes (by the way, that includes the killer-crab scene, where trial & error is basically unavoidable) :)

All that being said now, I still enjoyed the game very much, I liked following the story and meeting the characters, I think me saying I would have loved to read MORE (in-game) about the universe is telltale on that, so great work and thank you very much! :)

Hi !Thanks for the feedback :D I will take it into account with an update as soon as possible :) 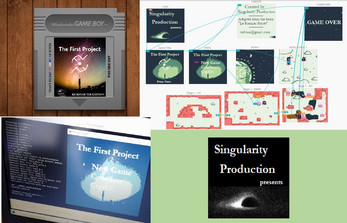 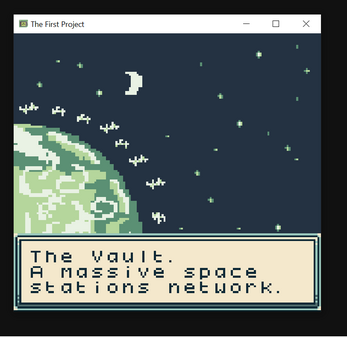 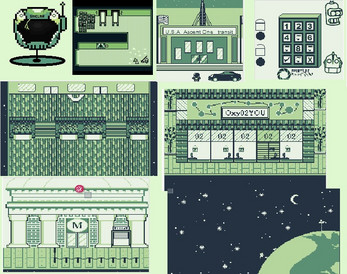